The life and words of Ashley, Erin, and Michelle

Back in April, Jars of Clay released their newest CD called “Long Fall Back to Earth.” Instantly, I was a fan. (In fact, I think it’s been out of my car for maybe a week total since then. I listen to it all the time.) The song called “Headphones”, however, reminded me of my one true addiction in high school (besides chasing the boys, of course).

I couldn’t go anywhere without them. I had them at school (so that I could listen on the trip to and from, of course), while I cleaned our church, on quiz trips. You name the place, and I probably had my headphones with me. Back then we didn’t have mp3 players, so I had to settle for lugging around my tote of CDs as well. I wasn’t even deterred when my CDs were stolen at a church camp, it just proved that I needed to keep them with me rather than leave them with my stuff.

One of the times I was at work cleaning the church, the pastor of my church said something to me in passing, something I took personally and was offended by at the time, but now I look back and realize that he was right. He said something to me about  how maybe I spent too much time listening to music, that it was an idol to me.

Looking back, I realize that I used them to block out everything going on around me. I claimed that I just connected with the music and used it as an “outlet” to “express my feelings.” In reality, I was expressing nothing. I was listening to others express while I only empathized with what was being said, as if I knew the lives of the artists or something.

Since then, I’ve learned of other ways to actually think for myself and express my own thoughts. (Crazy, I know!) Writing has become one of those outlets. I wrote minimally in high school, but college is when I realized quite how much I could use them to my benefit. Now, let’s just hope that I don’t become quite as dependent on my pen as I was on my headphones back then.

I’ve included the lyrics (and a link to a YouTube clip) to the song I mentioned at the beginning in case you want to know the exact lyrics.

“Headphones”
by Jars of Clay

I don’t have to hear it, if I don’t want to.
I can drown this out, pull the curtains down on you.
it’s a heavy world, it’s too much for me to care.
If I close my eyes, it’s not there.

We watch television, but the sound is something else,
Just a song played against the drama, so the hurt is never felt
I take in the war-fires, and I’m chilled by the current events
It’s so hopeless, but there’s a pop song in my

At the Tube Stop, you sit down across from me.
(I can see you looking back at me)
I think I know you
By the sad eyes that I see.
I want to tell you
(It’s a heavy world)
Everything will be okay —
You wouldn’t hear it,
(I don’t want to have to hear it)
So we go our separate ways

Another definition of Perfectionism May 26, 2009

I overheard two ladies in my church talk about sewing. The first said, “Maybe you could help me. I want to make a slipcover for my recliner.”

“I know,” said the first lady with a sigh. “I was so excited when I bought the fabric and I can’t start it. I want it done, but I have this perfectionism, I don’t want to look at it if I mess up.”

I identified with her as only a fellow perfectionist can—then my thoughts screeched to a halt. Wait a minute, I’m not a perfectionist! Perfectionists graduate with a 4.0 GPA and scrub their kitchen floors with toothbrushes. That’s not me!

Still, how many things have I never tried because I didn’t think I’d do well? Because I couldn’t live with making mistakes? That’s also perfectionism.

And nothing wakes up my insecurity like writing. I want to write excellent, well-crafted words and stories. I’m afraid I’ll waste my time by writing something lousy. I’m afraid I’ll look at it and see that I’m no good at this. I’m afraid of humiliating myself in front of other people. What if I look like one of the bad auditions in American Idol pouring my heart out while the judges snicker and tell me to find a new dream? 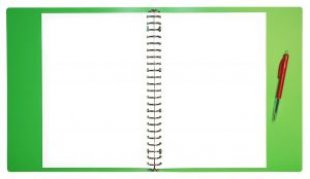 So I find other things to do. I check my e-mail, again. I wipe the counters one more time. I let that idea for a novel or article grow stale in my mind. The stories remain unwritten, and I become the writer who talks and reads about writing, but can’t sit in her chair and write.

First drafts in writing are like a baby’s first steps. The fumbling words must come before the confident strides of polished prose.

That’s why I’m writing this post today. Before I sat at the computer, I nervously searched my house for something to clean, something to eat, something else to keep me from writing. But I’m here now, and I’m writing. And it’s never as bad as I imagine.

So how about you? What are you afraid to try?